Dan’s first aid story: “I didn’t think I’d ever need to use my first aid skills” 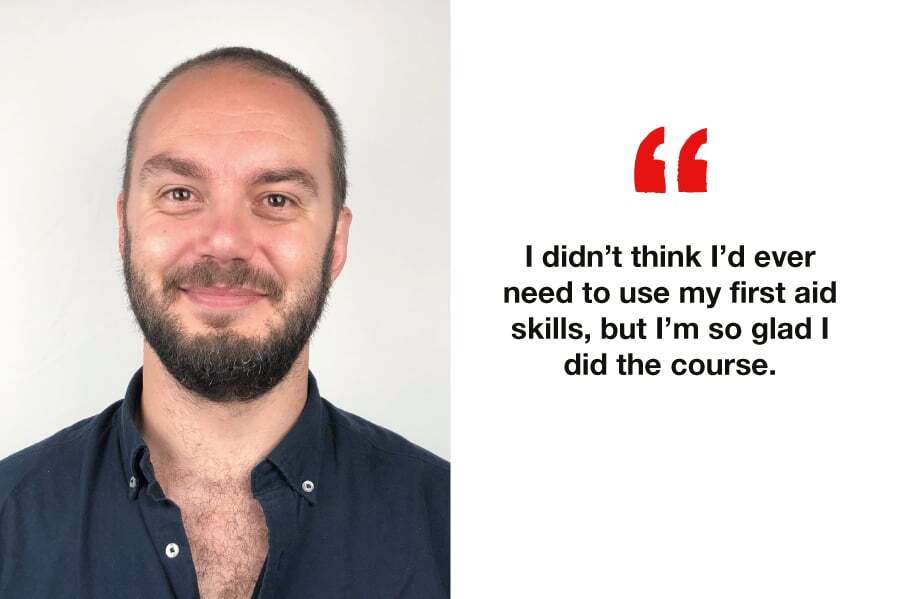 Dan used his first aid skills to help someone during a basketball game when a player collapsed and became unresponsive and not breathing.

Dan took a First Aid at Work course, after his HR Manager suggested it. He never thought he’d need to use those skills, until one evening during a basketball game, a player collapsed, becoming unresponsive and not breathing.

Dan said: “I didn’t think I’d ever need to use my first aid skills, but I’m so glad I did the course.”

Dan had recently joined a basketball team outside of work. About mid-way through the game, he spotted a player had collapsed. Initially it looked like he had tripped over, but when he ran over to check if he was okay, he discovered he was unresponsive and not breathing.

Having done a first aid at work course, Dan’s instincts kicked in and he knew exactly what to do. While a teammate went to call 999, Dan told other people to stand back to give the player some space.

He began a cycle of 30 chest compressions and two rescue breaths, while he waited for the ambulance to arrive.

If you suspect someone is unresponsive and not breathing you should check for normal breathing by tilting their head back and looking at their chest or stomach to see if it is moving, listening and feeling for breaths on your cheek.

If they are not breathing, their chest or stomach will not be moving normally, and you won’t hear or feel signs of normal breaths. They may also look pale and blue.

To help, take the following steps:

It took around 10 minutes for the ambulance to arrive and Dan recalls that doing the chest compressions was a real work-out.

Meanwhile, a member of his team went to fetch the Automated External Defibrillator (AED), which was in the School’s Sports Hall.

“The AED was so easy to use – the voice prompts and diagrams were very straight forward to follow and it meant I could give my arms a rest, while the AED delivered the shocks.”

When the ambulance arrived, the crew took the casualty hospital. Dan followed in his car and waited with him at the hospital until his wife came so he could let her know what was happening.

“It wasn’t until the next day when it had all sunk in what had happened. I was exhausted from the ordeal and spent most of the day in bed.”

The man has since made a full recovery thanks to the quick actions of Dan and the ambulance crew. Dan humbly mentions it was the hospital who saved his life, but as we know, there’s very little time to spare in such a situation, and quick CPR is vital, which is exactly what Dan did!

Dan was even thanked by the man’s wife who shortly posted him a thoughtful gift – some brand-new sports trainers, and a note which read: “To Dan - words can’t express how thankful we are for you. A gift of love and thanks- from Lena.”

Reflecting on the event, Dan shared his story on LinkedIn, saying: “I wasn’t going to share this, but I think talking about this is a positive we all need right now. And at the very least, I hope this inspires others to go out and get the training.”

If you're responsible for first aid in your organisation or you want to brush up your existing skills, book a first aid course with us today and build up you or your teams' skills and confidence to save a life. 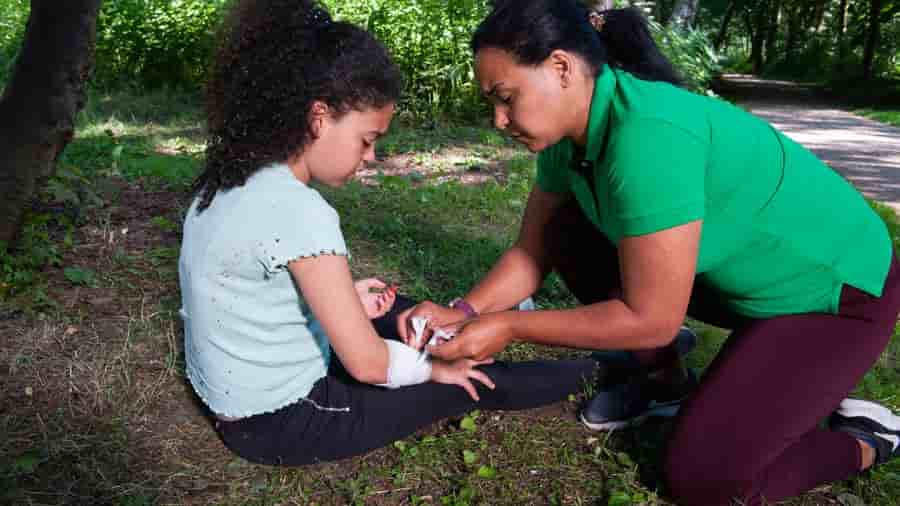 What is the difference between paediatric first aid and first aid at work?